We're going to slow it down a little now for a couples skate with Bonnie Tyler. Whether he skates you backward around the rink or you go with the option for the less coordinated - holding hands- please remember that it's couples only.

If you want the all skate, check here.
Posted by Ava Quinn at 9:59 PM No comments:

We got the cat scan results back. They found nothing out of the ordinary. We've also gotten most of the blood work results as well. They look fine. Which is great.

Now those things are ruled out, but we still don't know what's wrong or how to treat it. So I'm going with a no news is good news mentality.

I was going to try and add something funny or twisted to the end of this post, but, I got nothin'. I'll try to get something good going for tomorrow. Until then, citizens.
Posted by Ava Quinn at 8:34 PM 2 comments:

My daughter lost her first tooth and had her first cat scan today.

That's just not right.
Posted by Ava Quinn at 11:28 PM No comments:

The oldest Urchin had her blood work done Friday morning. They took five tubes. Five tubes. From my six year old. She was a trooper. She didn't cry or anything. She even watched the whole thing. I usually look away when I get it done. But she was a brave little toaster.

The cat scan is set for Tuesday afternoon. I've put a positive spin on that one. She seems excited. But she was excited for the head x-ray two months ago, yet when we walked in, she panicked. That was an experience. Forcing her to do these things, when I'd rather have root canal the Marathon Man way instead. (Is it safe?)

I was at a funeral today. It was for a distant relative, through marriage. But funerals take it out of me.

On a completely different note . . .

To my favorite author, whose latest book in her series featuring my favorite character that I'd been anticipating for months. The book which I purchased the day it came out for full price, no less. I give you the Otto DISAPPOINTED!

I have four words for you. Phoned in. and Irredeemable hero.

On a slightly related note - I adore the character of Otto. If I could somehow combine him with Molly Millions, a.k.a Sally Shears - When your child's doctor says things to you like, "Let's put her back on the steroid", six days after she went off it - that's one spike pulled up from the track. Then when she goes on to say, "Let's put her on this strong antibiotic for the next 21 days," -there goes another spike.

Then when the specialist orders things like blood work and a cat scan and discusses perhaps referring your six year old to a different specialist, that's it. Total Derailment.

Her long term illness (since September, if you've been following along) is still there, so the doctor is bumping up to a more aggressive treatment. So I may or may not be posting as regularly as before. Not that it has been all that regular recently. (See above for the reason why.)

So, yeah. I'm a little shaken, but hopeful. I'm in that wait-and-see holding pattern where the screaming panic in my gut is still locked down by logic and reason. I'm hoping it stays right there.
Posted by Ava Quinn at 8:33 PM 4 comments:

From Ozzy to opera. From Let Me Hear You Scream to The Queen of the Night's second aria from Mozart's The Magic Flute. It's an extremely demanding piece. Considered to be one of the most difficult aria's to perform.

The Queen of the Night is charging her daughter with the duty of killing her rival or being disowned.

If you wnt to hear another amazing soprano piece, check this out.
Posted by Ava Quinn at 1:18 PM 2 comments:

So, between a sick kiddo and crappy writer attitude I've gotten off track. We'll see if I launch a come-back any time soon.

Watch at your own risk. This video is definitely F.U.B.A.R.
Posted by Ava Quinn at 8:24 PM 3 comments:

Author and friend, Sue Gourley, nominated me for the You Make Me Smile Award. 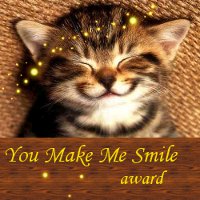 Which was very nice of her, but half the time I think I make most people cringe.
coughzombiestinkbugscough

I'd like to pass this award on to two* other bloggers whose pages always make me smile.

Go check them out and savor the snarky goodness that is their blogs.


*There are several other blogs that make me smile, but in case these guys wish to pass the award on, I want to leave them some choices.
Posted by Ava Quinn at 10:37 AM 6 comments:

Labels: a peek inside, inspiration

I've been very derelict in my 'Possum Queen duties as of late. So I figured I'd give you a special behind the scenes glimpse of the pageant.

There were many qualified contestants. Vera, for instance. She was some tough competition. 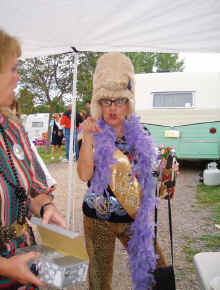 Here was one of our distinguished judges. 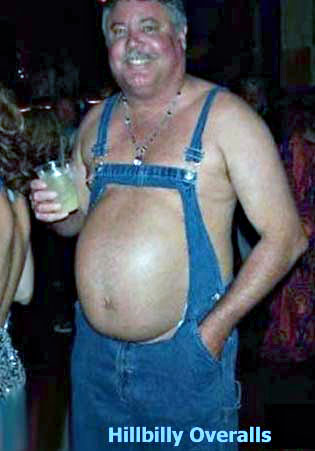 The talent competition was fierce. Between the hog calling and tying, the bologna frying and the goat yodeling, it definitely wasn't a cake walk. In the end, Berthalynn and her toilet seat/horseshoe throwing skills took it. Don't be confused by the mustache, folks. She's a sweet gal and a helluva kisser.

I was honored to receive the coveted crown from last year's 'Possum Queen, Pattikins Parker. My lawn bowling experience and familiarity with pink flamingos pushed me over the top, though. As stated before, it didn't hurt that I had all my own teeth. It was a bit of a struggle to get the crown to stay on along with my pointy hat, but I think the over all effect was rather enticing.

Since I'm supposed to talk more about the merits of 'possum meat, I'll save the pictures of the bathing suit competition for a later date.

With Groundhog Day here and taking all the glory right now, the Eatin' 'Possum Council would like me, their current County 'Possum Queen, to say a few words about the varied possum-bilites of the edible possum - "The Third White Meat, Sorta".

So in your Super Bowl and Ground Hog Day festivities, don't forget to have some 'possum lying round the table for the party! I'm sure your guests will thank you.
Posted by Ava Quinn at 9:09 AM 4 comments: