The Polka Apocalypse Has Ended

It was a long and grueling struggle, but the Gnome/Hillbilly Contingency prevailed. We rousted those polka playing zealots right back to the underground where they belong.

With the Gnome Defense League's infamous element of surprise on our side and the crack redneck special forces behind us, we handed them their asses.

We had gnomes hidden everywhere - armed to the teeth. 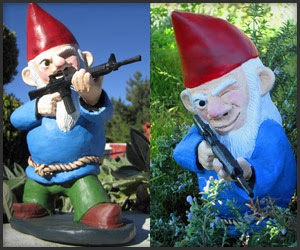 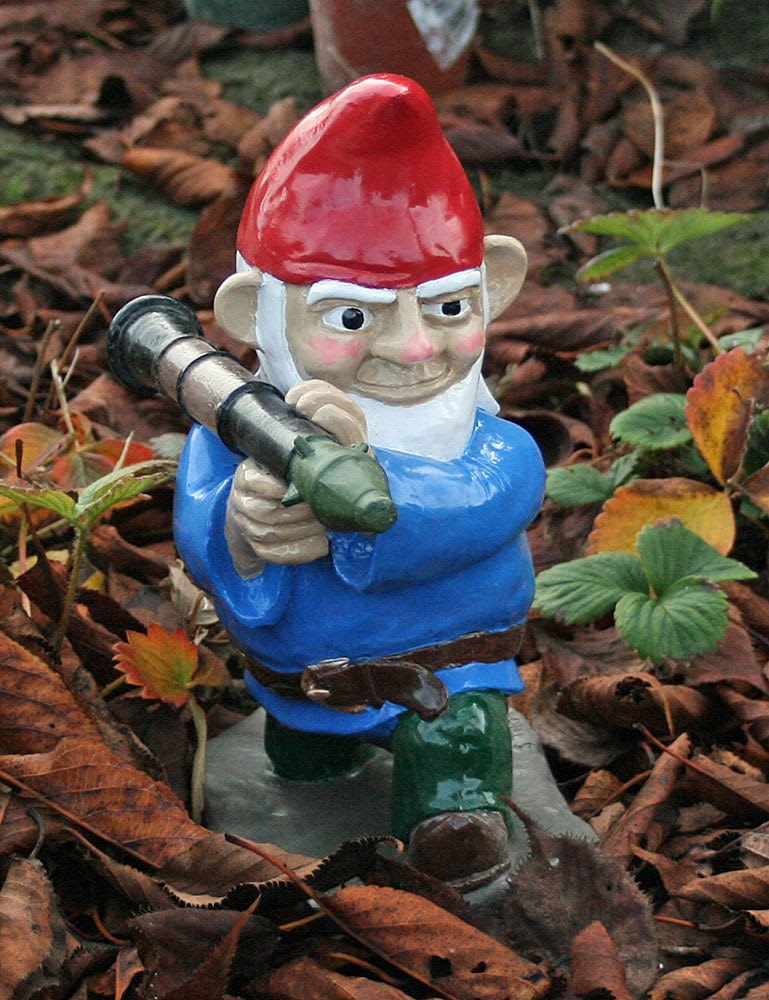 We even had Gnome Commandos dropping from the roof like a scourge of the skies. 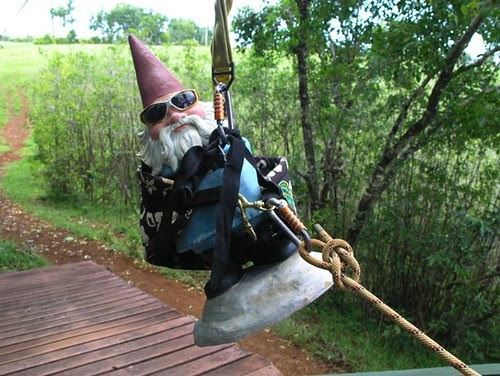 But don't be fooled. The schnitzel truck was no easy target. Those polka fiends brought the big guns. Literally. 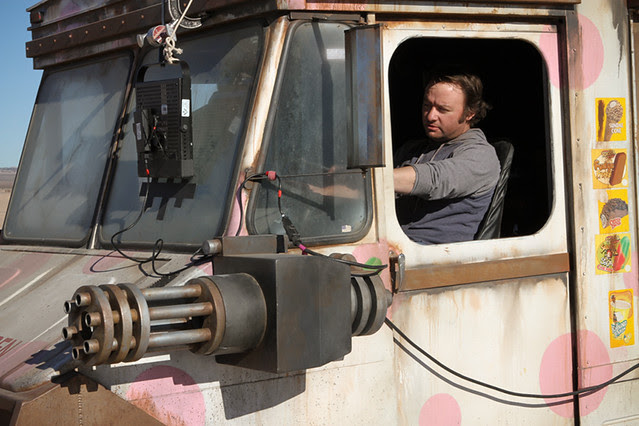 It was a fierce and bloody battle and there were casualties on both sides.

But as the Redneck S.W.A.T. team laid down cover fire, a hootin' and a-hollerin' the whole time, Ninja Gnome crept in and planted explosives on the schnitzel truck. 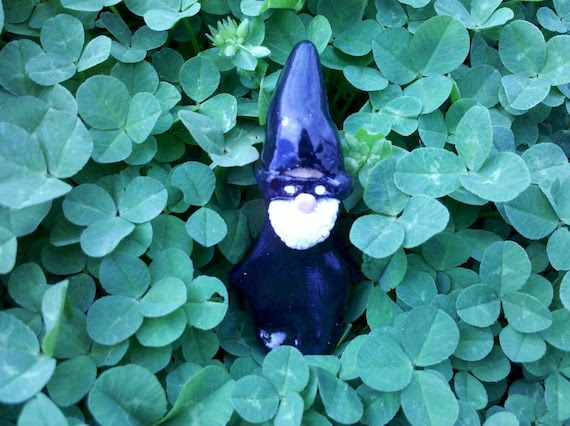 And the war was won!

The after party was what legends are made of. It went on for a week. I've finally just taken back my yard. That's what took so long in bringing you the final update on the Polka Apocalypse.

Look for the party recap soon. Until then, Citizens: Beware the demon rhythms of the Polka!!!
Posted by Ava Quinn at 9:41 AM 4 comments: 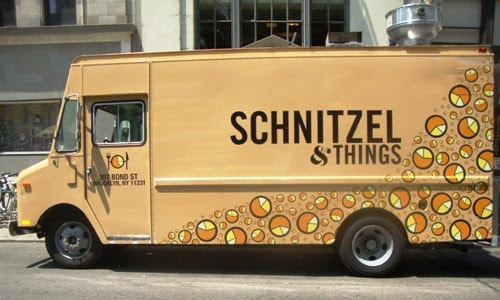 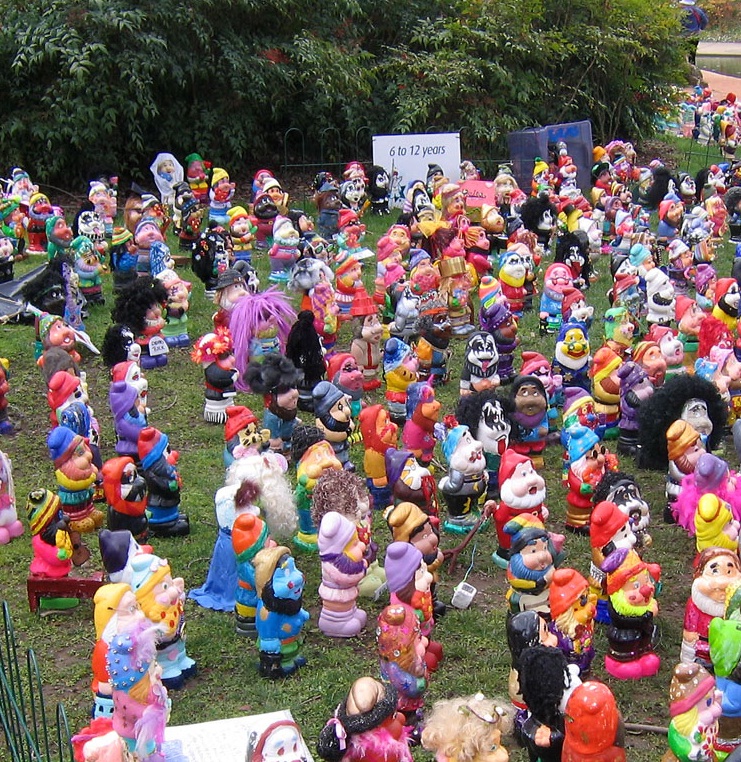 I mean, are they not the Charlie's Angels of rednecks?

I've gotten some intel back on the enemy. Most of the early disconcerting pictures have a striking resemblance to the famous images of the retreating Sasquatch. But I've finally received some definitive information on their most infamous polkaing teams. Their lederhosen are color coded based on their areas of expertise. 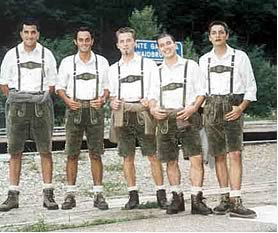 I'm not sure what these guys do yet, but I have my suspicions.

Right now that's not important. Everything's set in motion. By this time tomorrow, God willing, I'll have my blog back.

The Polka Underground is going down!
Posted by Ava Quinn at 9:05 PM 4 comments:

We Interrupt This Hostile Takeover

to wish you a happy St. Patrick's Day and to show you this.

I'm not with the knowing of how zat other post got un ze blog. Ava Quinn is a loving to ze polkas now. Just watch und see her in her lederhosen und vatching the yodeling with the raptures.

Polka forever!
Posted by Ava Quinn at 9:38 AM 3 comments:

I Don't Have Much Time

They've infiltrated the blog. It's the schnitzel truck. They've hacked in and are broadcasting their polka agenda like some crazed military state from inside it. That truck is decked out with state of the art equipment. There may even be satellite involvement. I'm getting the Gnome Team assembled, but it's going to take time.

I do have some local back-up. Remember those sad rednecks that were ready to pledge their allegiance to the 'Possum Queen? Well, they're ready to roll.

They even have a little surprise in store for the schnitzel truck.

I can't say more. This line is being monitored. But don't fall for the polka propaganda. Ava Quin is still anti-polka!
Posted by Ava Quinn at 1:00 PM 3 comments:

Here in the Tongue In The Cheek we do love the Polkas. They are guten with the family of little ones. Nein do the Ava Quinn hate it. She is loving to it now. Ja.

She say enjoy and to ignore the dead chickens in the rooftops.

Tongue In Cheek is loving un good polka. Ja. She is with the getting of the down with it. Doing the jiggy things. Ja. Just watch this und you vill see her in ze crowd.