Hello AtoZers! Travel back with me to September of 2011. This rerun is brought to you by my eternal, everlasting, enchanted, eager, earnest, devotion to the male sideburn. Don't forget to visit all the other hep cats participating in the AtoZ Challenge. Just click on the link in the sidebar to find a listing. But for now enjoy some... 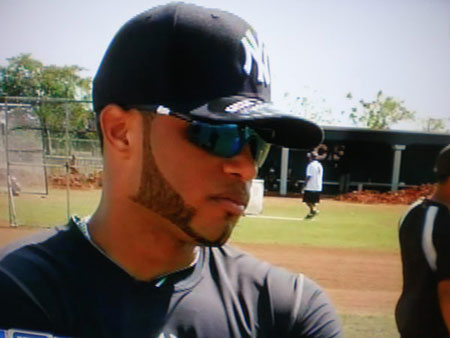 Be sure to vote in the comments for your favorite sideburns. I know it's a tough choice, but don't worry, I won't make you defend it.
Posted by Ava Quinn at 2:30 AM

Gosh, it's so hard to choose just one! I can't break the tie between Elvis and Wolverine. They both have the look, can sing, and know how to move their hips. Extreme sideburn art combined with extreme pelvic thrusts is extremely entertaining!

I think Hugh Jackman looks the best in a not making my skin crawl kind of way, but Joe Dirt David Spade did make me laugh out loud!

I'm split between Hugh Jackman and Elvis. I mean, who can pick between those two?? Ah, the glorious sideburn... (WHERE do you find these pictures??? :) )

Joe Dirt is a poster boy for no facial hair

I hadn't ever noticed that Spock had pointy sideburns. I'll have to keep an eye out for that next time I see a movie with him in it.

It Is Interesting To Note said...

First, there is no way I'm showing this to my husband as he is always wanting to do weird things with his facial hair. And, as he is 1/4 Wookie, he could make a shocking hair statement. But Hugh Jackman is my celebrity crush and I think he makes those sideburns look good!

I think I'd have to vote for Elvis for the nostalgia, but Hugh Jackman would win the overall prize because he's still alive and...well...he's Hugh Jackman.

LOL. My hubby grows epic chops, and I love them. I think some men look great with facial hair, and others, not so much. You have to go with what works for you.

They're horrendous and so funny. I've always been amused by the name "mutton chops." ;)

Sean @ His And Her Hobbies said...

Thanks for stopping by the blog earlier. You have certainly found a wide variety of sideburns. I tend to be lazy when it comes to shaving (including the sideburns) but after a few days I get annoyed with it and shave it all off. If only there was something that kept me clean shaving that required no effort.

Sean at His and Her Hobbies

I've never been a fan of sideburns, but Elvis' were probably the coolest.

I remember the '70s, a decade full of sideburns!

Oh my word. They're all awesomely awful! Love it! I'm going with Wolverine. Not much that man can't make sexy! lol

Ahh so wish you could add pictures but will add the link because I think you'll appreciate this man and all his glory even though it's not an actual sideburn. Just scroll a little down to pic 3 :D

Hmm, I think I've been around long enough to remember this original post... But today I must stay true to my Trekkie heritage and vote for Spock! :)

Huge definitely is the winner for me, But I'm not the biggest fan when it comes to sideburns, hence being really happy right now that I read this while hubby wasn't home haha. Don't want him getting any ideas and knowing my luck he'd go for the way over the top ones.